Filmmaker Anurag Kashyap‘s new-age thriller ‘Dobaaraa‘ starring Taapsee Pannu is all set to premiere at London Film Festival on June 23. Taapsee and Anurag had announced the film on social media back in 2021, with a unique video teaser.

‘Dobaaraa’ is a science-fiction thriller that traces a murder where Taapsee’s character gets involved 20 years later and through a television set. Those on the know have revealed that this unique thriller will have the quintessential Anurag Kashyap stamp of filmmaking and storytelling. The film is scheduled to release on August 19. The director-actor duo will present the film at the opening night Gala of LIFF 2022 on June 23.

Previous films from Anurag Kashyap that have premiered in the UK include – ‘That Girl In Yellow Boots’ and ‘Gangs Of Wasseypur’. ‘Dobaaraa’ is directed by Kashyap and produced by Shobha Kapoor, Ektaa R Kapoor and Sunir Kheterpal and Gaurav Bose.

The new-age thriller reunites Taapsee and Anurag for the third time. They have previously collaborated on movies like ‘Manmarziyaan’ (directed by Kashyap) and ‘Saand Ki Aankh’ (produced by Kashyap). With ‘Dobaaraa’, the hit jodi of Taapsee and Pavail Gulati will be seen again after the success of ‘Thappad’.

Anushka Sharma clicks her ‘own photos’ on the beach and the results are charming! | Hindi Movie News 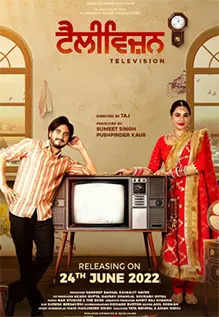 Nostalgia, romance, laughter, innocence, this film is a potpourri of heartwarming emotions