20 Most Amazing Tips for Gamers – News7todays
Advertisement
Skip to content
If you are thinking of joining the PC gaming community exclusively or broadening your horizons from being a console game to a multi-platform gamer, there are some things you should know about PC gaming. Here are 20 of the most important tips every PC gamer should know.
Thanks Gameranx for the awesome video which you can watch at the bottom of this article.

In many people’s eyes, Steam is the best way to play video games. It is a digital distribution platform that ensures you always get everything as soon as it comes out. Steam keeps all of your software, automatically updates your games, has community features such as groups, instant messaging and in-game voice chat to name a few.

If you missed a Steam sale or you are just looking for some excellent PC game deals, you should always check out /r/gamedeals. There are always some awesome CD-key deals as well as discounts from various sites you might not have found otherwise.

3. Don’t rush into buying a game

If you don’t absolutely need to play a game right now, you should wait for Steam sales (for example the Winter Sale going on right now) are an excellent way to get games even if you are broke; but watch out, there are some terrible games on Steam you should avoid buying even at a discount.

4. Use the Refund option

Earlier this year Steam introduced a new feature called “Steam Refunds”. If you are unhappy with a game or it does not perform well on your PC (for example Batman: Arkham Knight). Please keep in mind that if you play a game for more than two hours (or request a refund after 30 days), it is much harder to get a refund, so check it out and request a refund if it’s not the game for you.

PC gamers aren’t just stuck with Steam when it comes to amazing deals and purchasing your games online. For example, Good Old Games(owned by CD Projekt who also owns CD Projekt RED, the makers of The Witcher 3: Wild Hunt) is one of the best sites out there, selling DRM free games.

Online Bundle stores are also an excellent way to grab games at a discount. For example, sites like Humble Bundle (you also help a charity by purchasing from this store) and Bundle Stars sell games in bulk and sometimes have some excellent deals to explore.

To keep your PC running at its maximum potential (and low heat), you have to keep your PC’s “insides” clean from dust, hair and anything else that could have gotten into your case. The best way to keep your PC clean is to blow the dirt out with a can of compressed air. Don’t use a vacuum as it creates static and don’t blow on your PC’s components with your mouth, as your breath contains moisture.
Recommended reading: Game Smarter – 4 House Cleaning Tips to Improve Performance

8. Don’t bother with a Steam Controller

The Steam Controller “might look futuristic and cool, but it is not as effective as you might think it is”, even though it is built entirely by robots. For games you want to use a controller on, rather use the Xbox One or PS4 controller.

If you are running an Nvidia graphics card, go to their website and download the GeForce Experience software. The software will keep your GPU’s drivers up to date at all times. You can also optimize individual games within the software so that your games can run at the optimal graphics setting for your GPU.

Playing games on your PC is glorious and enthralling to say the least. However, you should always remember to get up and move around from time to time. “It is legitimately unhealthy to sit for long periods of time without moving your body. It can result in heart disease and even limbs that don’t function properly due to blood circulation loss”.

11. Play with your settings

Regardless of which hardware you use, for example AMD or Nvidia GPU’s, don’t be afraid to play around with your in-game settings to get the best possible performance out of your hardware.

Some games are just better on the PC due to high quality mods and a brilliant modding community. For example, Fallout 4 gets better by the day with new mods you can use to add cool features to the game or even increase graphical quality. Read my colleague Han Cilliers’ article posted earlier today entitled “A look at 2015’s Top 10 Mod Of The Year Winners”.

13. Get yourself a gaming mouse

A decent mouse will reduce input latency so your actions will register faster. It might not be that important for a single-player game, but for multiplayer games such as CS:GO where success or failure rests heavily on twitch reactions, a good gaming mouse will make all the difference. Further, you “should always disable the Mouse Acceleration” option in the game you are playing.

14. Open your mind to different genres

You will notice that PC games span a wider variety than consoles. For example, MOBAs and strategy games which are almost exclusively on the PC. The reason being that a mouse and a keyboard is just so much better when it comes to these two genres. Don’t be afraid to check out a genre you are unfamiliar with, it might just become your new favorite game type to play.

It can be a lot of fun just watching professional eSports players or gaming personalities play on Twitch.tv. However, you can also stream your gameplay sessions yourself, which can be pretty satisfying as viewers can comment and give you feedback. If you do manage to get a lot of followers, you can also make a large sum of money just by playing games! For our local audience, I would also suggest backing South African Twitch.tv streamers.

Actually, stay away from them altogether. For one, they don’t work. You can do more by just using your windows task manager and “ending” some unnecessary processes that take up a lot of resources. “In some cases, gamebooster apps can even get you banned from Steam, as they can be interpreted as a hostile program”.

There is always a lot of talk surrounding exclusives when an argument arises about which console is best. You should know that PC gaming also has a plethora of exclusive titles, for example Dota 2, World of Warcraft and League of Legends, played by millions of gamers worldwide.

18. Watch out for the ports

Some PC gamers detest console ports and rightly so. Some ports are well done (check Steam reviews before buying) while others make the news as some of the biggest failures on the PC, for example the Batman: Arkham Knight debacle.

19. Groups and message board

I mentioned earlier that Steam has great community features such as groups. Use those groups and message boards to find more people to play with and friends to share your experiences with. Not only will you become part of a game’s community, but you can also find guides to help you through difficult aspects of a specific game. For our local readers, check out our article entitled: “Where to find SA Steam Communities”

20. PC gaming isn’t all that expensive

One argument that comes up a lot from console gamers is that PC gaming is very expensive. Yes, it is true that you can spend a lot of money on a gaming rig, for example a GTX 980 Ti will set you back around R15,000. However, you do not need a GPU like that to enjoy games on the PC, as entry level budget cards can reach the same performance as a console.  “You can spend around the same amount of money (as a console would cost) on building a PC that is better than a console.”
If you take all the amazing bargains on games into account, you might even save money in the long run. Further, you have to pay a subscription to play online on a console, while with PC gaming you can play online for free. Read our article entitled “Affordable SA PC builds to play 2015’s AAA games” to find some great ideas for a PC build.
What other tips would you give someone new to PC gaming? Are you looking to get into PC gaming or know someone who is moving to PC gaming? Let us know in the comment section below. 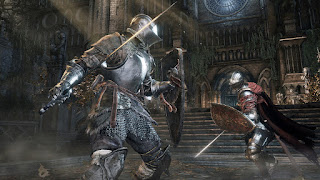